Banking and Consumer Risk Management in the New Normal 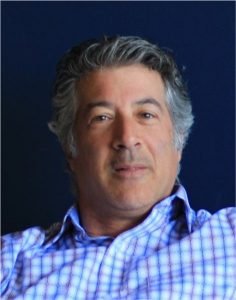 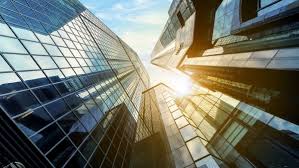 Banking and Consumer Risk Management in the New Normal

Employment trends such as the continued growth of the 1099 worker and the deep impact of COVID means that consumer risk modeling in retail banking will need to quickly evolve in the ‘new normal’. Consumer risk management will also need to rapidly evolve for low income earners, who to date have had to rely on predatory lenders due to lack of employment documentation, past credit issues, minimum DDA balance requirements, fear of potential immigration status issues, or outright discrimination.

Factors that consumer risk modeling will need to incorporate to better serve W2 workers include furloughs, layoffs, and temporary forbearance, as well as 1099 workers with variable income, and low income workers who currently pay billions annually in payday loan fees and exorbitant interest rates. These three consumer segments must be successfully addressed to fulfill a broader social compact – financial inclusion and stability for all. The needed innovation for banks to move rapidly, incorporate these factors, and deliver on this social compact is likely to be solved in concert with Fintech startups. 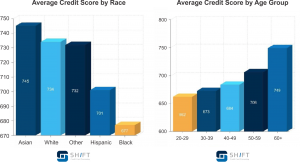 The W2 employee segment. COVID and the associated shelter in place guidance has impacted the work landscape for the foreseeable future. “We estimate that 42% of recent pandemic-

induced layoffs will result in permanent job loss,” says Steven J. Davis of the University of Chicago Booth School of Business, a leading expert on hiring practices, job loss, and the effects of economic uncertainty.

“If the economic shutdown lingers for many months, or if serious pandemics become a recurring phenomenon, there will be profound, long-term consequences for the reallocation of jobs, workers, and capital across firms and locations.”

Transunion’s most recent survey from early May 2020 found that of the 59% of Americans who said their household income has been negatively impacted by COVID-19, two in three (66%) say they are concerned about paying their current bills and/or loans.

Combined with insights from PwC’s Latest Employee Financial Wellness Survey (June 2020), there is little cushion for these workers except for the current federal government stimulus programs:

The 1099 contractor segment. Nearly 33 percent of all jobs added between 2010 and 2014 were freelancers or independent contractors. In 2018, 36 percent of the US workforce (or roughly 57 million people) earned an income as a freelancer (U.S. Bureau of Labor Statistics June 5, 2020).

According to the World Economic Forum, 1099 workers are amongst the hardest hit economically by the coronavirus pandemic. AppJobs – an online platform used to compare app- based jobs around the world – said many workers have had to quit their gig jobs due to a decrease in demand, as well as their own safety concerns.

In November 2019, the Brookings Institute found that 53 million Americans—44% of all workers aged 18-64—have low-wage jobs. 30% of low-wage workers live in families earning below 150% of the poverty line. These 16 million low-wage workers get by on very low incomes—about

Payday lenders often set up shop in low-income communities where people live paycheck-to- paycheck. Payday loans are classified as “short-term, high interest loans that are generally due on the consumer’s next payday after the loan is taken out. The annual percentage rate of these loans is typically 390% or more.” Because the interest is so high, low income earners fall behind on payments and take out additional loans to pay the accrued interest on the original loan, driving people into an unmanageable debt cycle.

The American Enterprise Institute states that evidence is mounting that America’s lowest- income workers are enduring the worst of the economic fallout from COVID-19, and that they face increased poverty in the months and years to come as a result. Household surveys show that individuals at the lowest end of the income distribution have the highest rates of income and employment disruption since the coronavirus outbreak began.

The COVID Impact Survey conducted by NORC at the University of Chicago for the Data Foundation shows similar trends. Nearly one half or more of lower-income adults experienced income loss in the first month after the coronavirus outbreak, compared to 30 percent or less of higher-income adults, with low-income women particularly hard hit. The magnitude of the difference between high and low-wage workers is historic.

. Traditionally, banks have relied primarily d on credit scores, which are based on a narrow range of slow-moving data points. This modeling approach brings about two major constraints. First of all, decision-making is slow and imprecise due to banks having an incomplete view of a consumer’s financial health. And second, this creates ‘thin files,’ especially on Millennial consumers who lack a financial history and have an aversion to debt.

Today, banks are increasingly basing their lending and risk management decisions on integrated data. Debt repayment information is being combined with near real-time transactional and account balance data to build thorough risk assessment models. Instead of relying on the timeliness of payments or the percentage of available credit used, they can assess risk patterns from past behavior to sense future changes.

With ‘thin file’ consumers, banks and credit reporting agencies are leveraging new data sources, such as bill payment history and mobile phone usage. In some cases, particularly with non-bank lenders, the nature of a consumer’s social media network can also contribute to assessing credit worthiness.

How are these differing segments being served by banks from a risk perspective today?

Risk Modeling and the W2 Segment

Temporary forbearance has been the approach taken by banks for current consumer customers rather than rapidly updating the models to more actively and frequently assess risk. According to Bloomberg (May 2020), nationwide, lenders are preparing to take a closer look at consumers who have arranged to delay payments, potentially pushing some out of the programs, as the industry tries to get a clearer picture of how many customers are truly unable to keep up during the coronavirus pandemic.

Forbearance programs from March are nearing expiration dates, when many banks are set to decide whether to continue letting people put off roughly $150 billion of debt including credit cards balances, personal loans and car payments. In interviews, executives said they are concerned that at least some borrowers sought relief unnecessarily and that they should be coaxed into paying. Note that the $150 billion number does not include mortgages.

It has long been recognized that bank risk models have not dealt well with 1099’s variable income, which has led to the rise of alternative credit scores and non-traditional lending sources. Alternative data is a very broad term, covering everything from financial institution deposit account usage patterns, to financial facts about individuals that haven’t traditionally been gathered or maintained by credit bureaus, to behavioral observations and even correlations between credit performance and actions that might seem far-fetched to some.

Lower income earners have little or even no traditional credit data on file for evaluation. The Consumer Financial Protection Bureau estimates that 26 million Americans — about one in ten

— have no credit history and another 18 million aren’t scoreable. These people are “credit invisibles,” in the eyes of traditional credit bureau records and credit scores. This segment traditionally has had to rely on predatory lenders.

With ‘thin file’ consumers, banks and credit reporting agencies are beginning to leverage new data sources, such as bill payment history and mobile phone usage. In some cases, particularly with non-bank lenders, the nature of a consumer’s social media network can also contribute to assessing credit worthiness.

Can fintech partnerships help solve this problem while avoiding putting the consumer in a debt spiral?

A growing number of new companies are focused on underserved markets (American Banker). Even, Digit, Tally, and Earnin are some of the many fintech startups focused on helping hourly workers cope with fluctuating incomes and cash flow problems that often lead to bank overdraft fees or costly trips to payday lenders.

TrueConnect is a fintech helping consumers to avoid exorbitant payday loan interest rates through an employer-based loan alternative. TrueConnect Cofounder Doug Farry saw the negative effects of payday loans first-hand. Living near a large naval base in San Diego, Farry learned that a number of service members were not eligible for a security clearance due to their payday loan debts.

“This cost many of them their ranks or opportunities to be promoted because they got trapped in these loans,” said Farry.

The fintech offers year-long loans to employees that only allow participants to take out up to 8% of their salary. This way, the loan is large enough to be useful, but isn’t too difficult to pay back.

All employees in the program receive the same interest rate, do not need to provide a credit score to be eligible and receive free financial counseling.Additionally, some lenders are hoping to reverse the flow of data that’s streamed from banks to financial technology ventures in

recent years. Aggregators such as Plaid and Envestnet Inc.’s Yodlee have been collecting account data and providing it to apps that offer help with personal finances or investments. Finicity is another provider of financial data APIs, credit decisioning tools and financial wellness solutions to thousands of financial institutions that was acquired by Mastercard this month for

$1 Billion. Banks are hoping to tap into these information sources to glean a more complete

view of their own customers’ finances, including their balances at other banks (Bloomberg).

Fintechs are making a difference. In the summer of 2019 Dave Girouard, CEO and Co-Founder of Upstart, testified in Congress that efforts by his firm in the previous five years had generated almost “$4 billion in bank-quality consumer loans.”

Bottom Line: Can evolved consumer risk measures and risk models address the needs of the

Deloitte believes that there will be an increased expectation for banks to play a societal role beyond shareholder return juxtaposed against shrinking credit risk appetites among mainstream lenders, requiring government intervention to secure lending availability for certain segments (June 2020, Retail Banking in the Age of Covid-19).

According to McKinsey (June 2020): Retail banks can also reinvent approaches to risk and customer assistance solutions, to fulfill their societal purpose and mitigate credit impairments that could be comparable to those of the global financial crisis of 2008-09. Forward-looking

We believe that Fintechs, often working in partnership with banks, have a generational opportunity to create value for their customers, investors and society by harnessing the power of alternative credit data to help furloughed employees, gig workers, small business owners and the economy as whole get back on their feet.