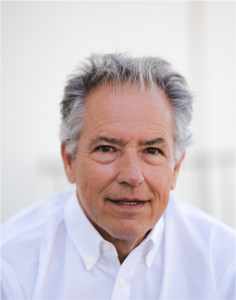 Public companies that are similar to a private company in terms of their industries and operating business (i.e., “comparables”) are relevant to the valuation determination, but not overly so.  First, public companies are generally much larger and more valuable on an absolute dollar basis than their private comparables.

Second, they are by definition far more liquid, meaning owners of public companies can buy and sell shares easily in the public markets, versus private companies where the ability of a shareholder to buy and sell shares is quite limited.  Greater liquidity of shares generally makes those shares more valuable.

Finally, companies that have gone public have been thoroughly investigated (i.e., “due diligenced”) by investors and public market regulators, ostensibly lowering the risk of investing in that company.  All other things being equal, the lower the risk of something, the higher its value.

(As a caveat, there are certain situations where private companies have become so valuable that their valuations exceed the valuations of public company comparables.  But we will not explore that here, given the limited scope of those situations, especially in the lower middle market.)

Example: Patsy’s pet service business has annual EBITDA of $1MM.    Patsy’s investment banker performs a search and finds that there are five publicly traded pet services companies.  The banker reads up on each of them and finds that four are much larger than her company, but generally offer the same types of services as Patsy’s company.  The business of the fifth is really quite different from hers.  So, the banker ignores that one.  The banker then sees that the four comparables are trading, on average, at a 12X EBITDA multiple.  This means that, on average, investors in those companies are willing to pay 12 times the EBITDAs generated by those companies.  Given Patsy’s company is private and much smaller than those public companies, her company is almost certainly worth less than $12MM, or 12X EBITDA.  So 12X EBITDA is the high-water mark of her valuation consideration.

Check us out here.